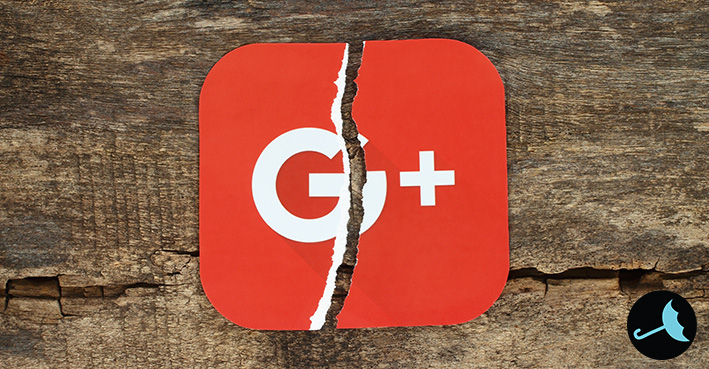 Last month, Google officially began deleting all consumer accounts from the Google+ social network. While it once brimmed with potential for businesses and consumers alike, it ultimately fell flat with low usage and even some security concerns.

If you ever created a Google+ account or had a one inadvertently connected to your Gmail, you might be curious about where things went wrong. How can the company who transformed online search engines so successfully have failed so miserably to create their own social media platform?

There’s no denying that Google+ is dead. Here’s exactly how it happened.

When Google first launched Google+ in 2011, the company hoped it would challenge Facebook’s place in the hierarchy of social media platforms. Users could post text or photos in status updates to different communities called “circles,” customizing which online friends had access to different pieces of published content.

Google+ members could text and video chat freely from anywhere with a wifi connection using Google Hangouts. They could also upload photos into cloud-based storage space and organize them into albums.

In addition to its Facebook-like qualities, Google+ was designed to create a verifiable identity that consumers could use consistently across several different internet-based platforms, including Blogger and YouTube. Google created a policy requiring all Google+ users to use their real names for their profiles instead of usernames.

In 2011, Google Chairman Eric Schmidt explained that Google+ was intended to be an “identity service” rather than just a run of the mill social media network. Anywhere Google+ users interacted with content using their profile, including blog posts or comments on YouTube videos, their real name would be displayed instead of a screen name.

Google faced lots of backlash for this requirement, because it raised questions for consumers about why Google needed that information in order for users to participate. Users began to speculate that their Google+ profiles might be used as a tool for gathering information about them.

When Google+ launched in 2011, it gained 10 million users almost immediately. By the end of the year, there were 90 million people on Google+. In 2013, Google boasted 540 million accounts and 300 million active users.

Witch such a dramatic increase in users, it might appear puzzling that Google+ rarely seemed to be on anyone’s radar. But additional statistics are enlightening: according to this article published in 2013, anyone who used a Gmail account or used their Google+ account to comment on a YouTube video was considered an “active Google+ user.”

In 2012 CNN reported that while users spent an average of 7.5 hours on Facebook during the month of January, they spent an average of 3.3 minutes on the Google+ platform. Although users were creating Google+ accounts when they signed up for Gmail or YouTube, they dedicated almost no time to the social network itself.

By 2014, Google execs recognized that the design of Google+ was serving as a roadblock to their intended audience. New leadership stepped up and decided to take the platform in a new direction.

They separated photo storage through Google Photos and instant messaging through Google Hangouts from Google+ membership altogether. They also stopped requiring people to create a Google+ profile in order to upload videos or leave comments on YouTube.

In a 2015 blog post, the new VP of Streams, Photos, and Sharing, Bradley Horowitz, wrote that the changes were “right for Google’s users—both the people who are on Google+ every single day, and the people who aren’t.”

Despite the positive changes, Google+ continued to decline. The platform underwent a redesign to match its new direction in 2015, but users retained the option to opt out and remain in the Google+ classic mode until January 2017.

In a 2017 blog post, Google+ Product Manager Danielle Buckley explained some of the key features included in the Google+ relaunch. The platform used a new algorithm to hide spammy comments, added a zoom feature to photos, and brought back the ability to create events.

“Just because we’re bidding adieu to classic Google+ doesn’t mean we’re done working on the new one. Our aim is to make Google+ the best place to connect around the things you care about,” Buckley wrote.

In October 2018, Google announced that they would shut down all Google+ consumer accounts in 2019. The company acknowledged that Google+ engagement was lower than ever: 90% of Google+ users only interact with the platform for less than 5 seconds.

But the primary reason Google was forced to completely remove the Google+ platform rather than redesign it hinged on a breach in its security. Google+ unintentionally gave app developers access to private data from 52.5 million users.

In the blog post that announced the Google+ final demise, Google Fellow and Vice President of Engineering Ben Smith explained the specifics of the data breach and the action items Google would take to solve the problem. “Our goal is to support a wide range of useful apps, while ensuring that everyone is confident that their data is secure,” Smith said.

In the wake of declining performance and embarrassing security breaches, Google+ shut down forever in April 2019. Now users who attempt to access Google+ are met with this message from Google.

While the death of Google+ is problematic for Google, it has a more minimal impact on consumers and small business owners. The consumer focus has always been on more widespread social media platforms such as Facebook and Twitter.

As we lay Google+ to rest, we look to the future of social media on emerging platforms like Instagram, Snapchat, and Pinterest. We continue to implement data driven social media strategy for our clients on the platforms that serve them best.

Our Social Local team at VitalStorm stays on top of the best social media platforms for our clients. If you want to reap the benefits of a strong social media presence for your business, give us a call at 877-311-5695.

To learn more about how your business can benefit from social media strategy, check out our free eBook, Social Media Marketing for Home Services.