When it comes to understanding how social media helps SEO, things aren’t exactly clear-cut. Some time in 2010, the former head of web spam at Google, Matt Cutts, made… Read More 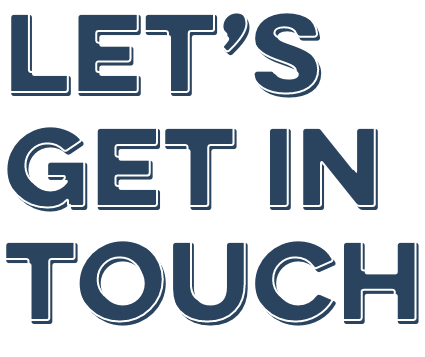 This fall Todd Phillips, the Founder and Executive Director of the nonprofit organization The Last Well, is bringing “living water” to the country of Liberia by living on the water himself.

Phillips has always been dedicated to his mission to bring clean water to all 500,000 inhabitants of Liberia and to spread the Christian gospel along the way. But in order to reach The Last Well’s ultimate goal – clean water across the country by 2020 – he has opted to prove his commitment through an unconventional fundraiser.

The concept for The Last Well Fundraiser was designed to call attention to the fact that while we have an abundance of clean drinking water in America, Liberians do not have this basic necessity.

“Most of the drinking water for East Dallas comes from Lake Ray Hubbard,” Phillips said. “We wanted to do something that shows we have water, but they don’t, and that’s not ok.”

Life on the Lake

Although living conditions on the barge have been extremely rough, Phillips says his motivation is steadfast.

“I feel that this is a calling on my life,” Phillips said. “I’m in until the end. This thing will get done, and there will be nothing that keeps me from getting to that goal.

The barge is equipped with a large tent where Phillips sleeps, eats, and works, an exercise machine to keep his muscles functioning normally, and a portable toilet for bathroom breaks. Phillips drinks and bathes in water from the lake, which he filters with the same technology The Last Well provides to Liberians.

He explained that some parts of the country are so remote that bringing the technology to build wells has proved almost impossible. To combat this problem, The Last Well discovered a filtration system that can be easily distributed to each family to filter existing surface water instead. This filtration device lasts for 15 years without needing any parts replaced and is life-altering for preventing disease.

“It completely transforms a community, a village, a country when we bring them water,” Phillips said. “There is a phrase in Liberia: ‘Water is life.’ They all know it and understand it.”

Phillips said that before The Last Well began providing clean drinking water from wells and water filtration devices, 100 Liberians died from waterborne disease daily. Today that number has receded to 30-35 people per day. Phillips, of course, wants to create a world where no one in Liberia has to die from exposure to bacteria through their drinking water. He hopes his lifestyle on the lake will call attention to this dire need.

While Phillips is accustomed to living only with the essentials as an avid camper and outdoorsman, he says he did not anticipate the weather conditions we’ve experienced in North Texas this month. On the first week of the fundraiser, Phillips endured four straight days of pouring rain and record low temperatures for this area. At one point, the waves on the lake were so choppy that Phillips couldn’t stand up for a total of 40 hours. The weather and the highway traffic have also affected his ability to sleep soundly, forcing him to last for days without rest.

But his conditions on the barge, Phillips assures, are nothing compared to the daily living conditions in Liberia. When The Last Well began their work in Liberia in 2009, it was ranked by the CIA as the second most miserable place to live in the entire world. By meeting a basic need for clean drinking water and cutting back on death and disease, The Last Well has made a drastic impact on the quality of life for Liberians.

“It’s an incredibly challenging place,” Phillips said. “What we are trying to do is stop children from dying, and also spread the Christian message to the whole country. We hope they will hear our message and accept it. But at the same time, no matter what they believe, no matter what religion they are, no matter what political ideology they have, everyone gets water. That is what we are committed to.”

What makes his journey living on the lake bearable, Phillips said, is his belief that it is God’s purpose for his life to make a positive impact on a country in need. He hopes to not only accomplish change in Liberia, but to change hearts in America toward a spirit of generosity.

“I want to transform Liberia with the Christian message and clean water border to border,” Phillips said. “But at the same time, my passion is to transform Americans to become givers and to pour themselves out and become world-changers.”

The bulk of the funds raised so far were donated during Phillips’ nightly Facebook Live updates. Every evening at 7:30 p.m., Phillips gives viewers a glimpse of his life on the barge. Phillips said he has never been a frequent social media user, but the videos have been a game-changer for The Last Well Fundraiser. Only 17 people tuned in on his first night, but now hundreds of people watch and donate from all over the world.

VitalStorm is proud to partner with The Last Well Fundraiser in their mission to provide clean drinking water to Liberia. If you would like to learn more about this organization and donate to their cause, visit The Last Well website here.

When it comes to understanding how social media helps SEO, things aren’t exactly clear-cut. Some time in 2010, the former head of web spam at Google, Matt Cutts, made a video confirming that Facebook and Twitter links were factored into the ranking of webpages. However, around 2014, he said that social links are not factored […]

Most Effective Content Marketing and Ad Channels During Coronavirus

As COVID-19, aka coronavirus, continues to spread, small businesses are struggling. After about 2 months of stay-at-home directives, many businesses are declaring bankruptcy, others are desperately waiting on government loans, some are riding it out, and the lucky ones are thriving. The small businesses that are surviving are the ones that are meeting the demands […]

Communicating Essential Services to Your Customers During Coronavirus

As of this morning, at least 6,000 people with coronavirus have died in the United States and more than 245,000 are infected, according to the Johns Hopkins database. Nearly all Americans are under stay-at-home orders. For current information regarding COVID-19, visit the Centers for Disease Control and Prevention. To everyone providing an essential service […]